Ashburton Ventures Inc. has provided an update on its summer exploration program at the Deep Creek project, located 112 kilometres north of Elko, Nev. In addition to the summer drill program, the Company also conducted a reconnaissance exercise on a vein system, now referred to as the ‚Upper Vein‘, located roughly 450 metres east of the Range Front Structure, with assays returning the following highlights to date:

The Upper Vein
The Upper Vein is hosted in carbonate, phyllite, and slate units of the Proterozoic McCoy Creek Group. The results of the reconnaissance exercise during the summer program, which produced the initial rock grab sample of 40.1 g/t gold as noted above, has lead the Company to now focus extra efforts on the Upper Vein. Sampling is still ongoing and the Company has deployed two additional geologists to carry out the increased sampling program.
Subsequent investigation of the Upper Vein has shown it to be striking north-northwest with an apparent measured length of 400 metres and widths of up to 0.6 metres in some exposures, although the vein is not continuously exposed.
The majority of samples assayed to date are from the northern area and cover only approximately 10% of the total length of the Upper Vein. Results are pending from samples currently at the lab having been taken from both ends of the Upper Vein as well as a 1.5 meter channel sample of the McCoy Creek Group perpendicular to the Upper Vein.

A summary of samples reported and pending to date is provided below:

Further sampling of the Upper Vein area is underway to better define the distribution of gold in both the veins and country rock. Investors should note that sampling in the Upper Vein area has been undertaken to with care to collect unbiased representative samples, but samples containing coarse gold should be considered to have an inherent nugget effect.
President Mike England states, „We are extremely encouraged by these results and continue to believe that the Deep Creek Project is worthy of our increased attention and efforts. While we continue to review the data recently acquired from Newmont (see news release dated September 7, 2010), it appears that we should now consider both the Upper Vein and the Range Front Structure in planning our future work programs. We now have a very exciting sampling program underway on the Upper Vein and are optimistically awaiting results from the samples which are currently pending at the lab.“

The other part of the summer exploration program was the five-hole drilling program along the Range Front Structure, which has been completed for a total of 740 metres. The core from this drilling program has been submitted to ALS Chemex Laboratories, North Vancouver, for assay and approximately half of the assay results have been received and reported in the Company’s news release dated September 15, 2010. Drilling on the Range Front Structure was undertaken to confirm historical drilling in which a historical resource of 70,000 ounces of gold in 1.1 million tons, and a historical reserve of 477,000 ounces in 7.5 million tons was estimated. Both the reserve and resource estimates are historical, and a qualified person has not done sufficient work to classify either the historical reserve or the historical resource estimate as current mineral resources, therefore these historical reserves should not be relied on and do not have currently demonstrated
economic viability. The partial assays for drill core received to date suggest that the gold mineralization within the Range Front Structure is at approximately the same meterage intervals, with similar grades, as the historical data.

All rock and drill core samples are being prepared and analyzed for gold by ALS Chemex Laboratories, North Vancouver, British Columbia, using the fire assay protocols AU-AA24, Au-AA25, and Au-GRA22 that provide detection ranges of 0.005-10, 0.01-100 and 0.05-1000 ppm gold, respectively.

The technical contents of this release were approved by Ashburton director and qualified person as defined by National Instrument 43-101, Dr. Tom McCandless, P.Geo.

Bolero will be commencing a drill program on the property, following the interpretation of preliminary data, from the recently completed AeroTEM III and Radiometric surveys. Preliminary airborne data will be correlated with positive soil samples and existing field radiometric anomalies to establish priority Rare Earth Element drill targets on the property. With drill permits now in place, Bolero anticipates a multi hole drill program on up to 3 separate drill sites to commence shortly.

Bolero Resources‘ President and CEO, R. Bruce Duncan, stated „We are encouraged by the substantial increase in Rare Earth values from the recent soil assays and look forward to the drill program commencing shortly. In other projects, we recently identified significant coincident IP and Geochem anomalies on our „Red Chris South“ prospect, contiguous to Imperial Metals Corporation Red Chris copper-gold property; and have now commenced work on our „White Gold“ prospect in the White Gold District/Stewart River region of the Yukon.“

About the Carbonatite Syndicate

The „Carbonatite Syndicate“ Rare Earth prospect consists of 57 claims covering approximately 56,000 acres and is accessible by all weather gravel roads. It is approximately 80km north east of Prince George, BC, along the trace of the Rocky Mountain Trench, a major continental geologic feature which is now recognized for the numerous proximal rare earth element mineral showings. The property is contiguous to and surrounding, Spectrum Mining’s „Wicheeda“ Rare Earth Element discovery, that recently returned significant grades including a 48.64 metre interval which averaged 3.55% rare earth elements, a 72.0 metre interval that averaged 2.92% REE, and a 144 metre interval which averaged 2.20% REE in three separate drill holes. (2008 Aris Report) (http://aris.empr.gov.bc.ca/ArisReports/30873.PDF)

Mr. David Turner, M.Sc., P.Geo., an independent Qualified Person (as such term is defined by NI 43-101) is responsible for the preparation of the technical information in this release. 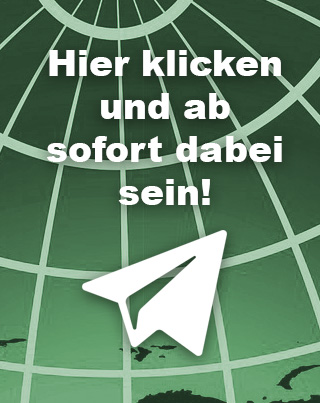